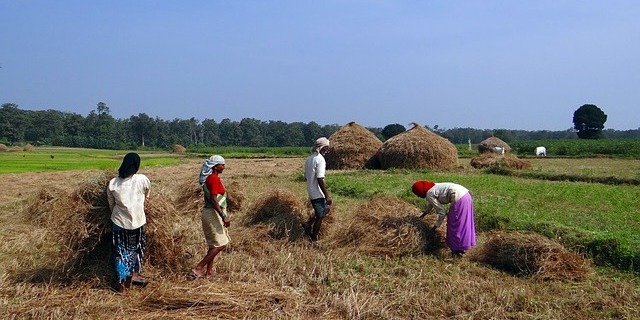 Instructions were issued to all AIR stations to mount focused publicity and awareness campaign for the farming community, about the  Prime Minister’s new Crop Insurance Scheme launched on 13th January 2016. Texts of the salient features of the scheme were passed on to the stations for appropriate publicity  in regional languages and dialects for the benefit of the  farming community.

Farm & Home unit in the Directorate has of late, instructed its stations in the states of Assam, Bihar, Chhattisgarh, Jharkhand, Odisha, Eastern Uttar Pradesh & West Bengal broadcasting the popular Kishanvani programme, to sensitize the farming community about the need to promote cultivation of oilseeds and pulses in the rice fallow areas of these eastern states exploiting the available technologies. In line with the Government’s initiative of ‘Bringing Green Revolution to Eastern India’, farmers in these region are being  encouraged to effectively utilize about 8 million hectares of land that remains fallow in the rabi season after the Kharif harvest.

In view of the adverse impact of climate change and extreme weather events on agricultural productivity, AIR has also reformatted its weather forecast and made it comprehensive.

Stations have been advised to ensure that their weather updated are truly relevant to the farmers, are area specific and timely. The updates would comprise details of crucial parameters like rain fall, temperature, soil and air moisture, radiation, hot, dry cold and wet spells including extreme events like droughts, floods, thunder storms, cyclones, hail, frost etc, if any, to help farmers in preventing crop damage and failures.

AIR stations across the network are mounting serial programme campaigns on the progressive and comparative development scenario in the villages at the gram sabha level. Featurised programmes are being mounted by stations including interviews of members of parliament, senior district administration officials etc. giving details of the adopted village under the Saansad Adarsh Gram Yojana depicting the progress made on the identified parameters.

In pursuance of the advisories issued by the Central Potato Research Institute, Modipuram,for creating awareness amongst the farmers about  the forecasts of fungal disease ‘’Pichheta Jhulsa’’ outbreak in the potato crops, AIR stations located in potato growing regions have been instructed to immediately mount awareness campaigns for the farming community to protect crop damage and ensure spraying of fungicides as per specifications issued by the Central Potato Reasearch Institute.  Details of fungicides and exact specifications to be sprayed on the crops, have been uploaded on AIRNET for the benefit of stations on 18.12.2015.