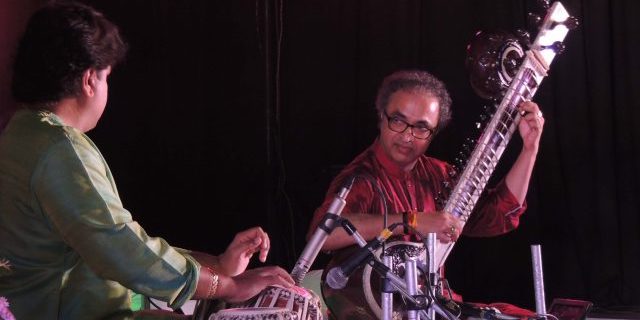 ALL INDIA RADIO has been playing a pivotal role in the preservation and propagation of the two streams of Indian Classical Music i.e. Hindustani Music/Uttaradi Sangeet/North Indian Music and Karnatic Music/Dakshinaadi Sangeetha/South Indian Music.

All India Radio, besides its regular music broadcast of various forms on its stations spread all over the country, has endeared itself to its classical listeners with the broadcast of prestigious programmes which include the National Programme of Music broadcast on Saturday s and Sundays in the National Hook up, a month long Music festival- the Akashvani Sangeet Sammelan Concerts. Artistes of eminence as well as promising ones are featured in these concerts.