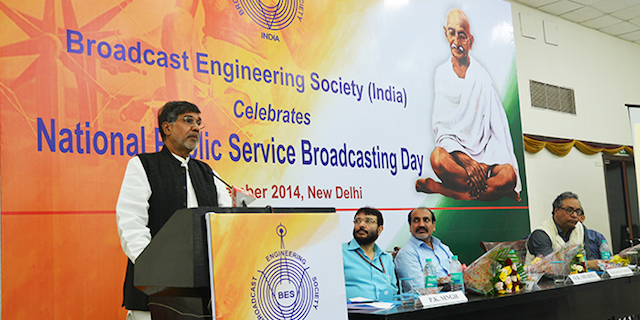 Mahatma Gandhi was scheduled to visit Kurukskhetra on 12th November 1947 and address 2.5 lakh Indian refugees camping there. But since he could not reach Kurukskhetra due to certain unavoidable reasons, an arrangement was made for Gandhiji’s live broadcast from All India Radio for them. Consequently, Gandhiji visited the Broadcasting House and addressed the refugees at 3.00 PM.

To commemorate 50 years of this historic visit of the Father of the Nation to All India Radio, a function was organised at AIR premises on 12th November 1997 at 3.00 PM. Later on, in the year 2001, the day was officially declared as Public Service Broadcasting Day.