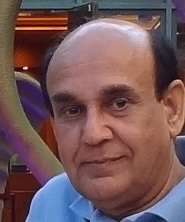 Ashok Kumar Tandon is a veteran journalist, columnist, and political commentator with nearly 50 years experience in journalism, media relations and media academics.A post-graduate in Political Science from Delhi University he has worked in various positions including PTI Bureau Chief in London (1988-1995) and later as Diplomatic Editor , PTI in New Delhi (1996-98)

Tandon served in Prime Minister Atal Bihari Vajpayee’s PMO from 1998-2004 as incharge of Media Relations in the rank of Additional Secretary.

As Senior Professor with the Bhopal-based journalism university, Tandon was a member of its Academic Council and Executive Council. He was also co-convenor of a Core Group on Standardization of Media education in collaboration with the Press Council of India.

During his stint as PTI Bureau Chief in UK, Tandon was twice President of the Indian Journalists’ Association, Europe.

Tandon is a member of the Editors’ Guild of India, Press Association and India International Centre.

During his first term as a Part-time Member of the Prasar Bharati Board from November 2015- November 2019, Tandon was on various committees of the Board.

At present he is on the Supreme Court-mandated three-member Committee on Content Regulation in Government Advertising (CCRGA).

He is also a media consultant/advisor with MSME Ministry on contract basis.